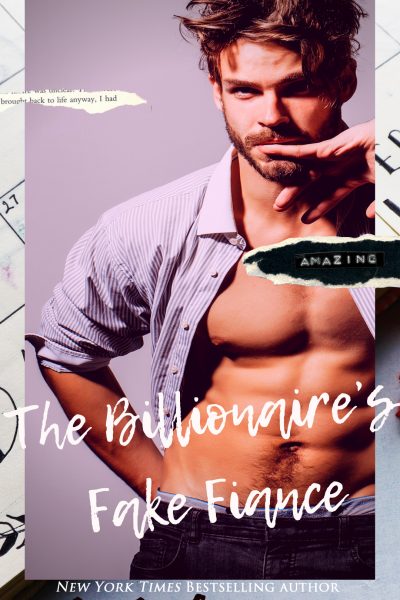 I pretended to be the girlfriend of one of the richest men in New York City.

It was only meant to be the one time. I mean, it was the week before Christmas, I was shopping with my best friend and we were hungry and wanted to dine at the new swanky restaurant on the Upper West Side.

For some reason the hostess misheard me when I mentioned Max Parker’s name. I’d been complaining that he was the reason why I’d lost my job. Who was I to correct her when it meant that “my relationship” had caused a table to suddenly open up?

And then the next week I accidentally let it slip that Max Parker was my boyfriend to get into an exclusive club. And then there was the time when I saw that Chanel handbag and Prada shoes. I mean, it didn’t really hurt anyone, did it? It was just a little white lie.

How was I to know that my fake boyfriend would find out that I’d been using his name? Now he’s blackmailing me into playing his fake fiancé (Fiancée) in an arrangement that could only be classified as risqué. Turns out if I want to keep my apartment and not move home with my parents, I’m going to have to play along with his game. Only he’s going to have to go along with my rules as well and while he smirks at that idea he doesn’t know that I’ve got a plan of my own